Airbnb still can be a success, as long as it embraces the idea that it may have to be smaller in scale in the short-to-medium term and operate in a more efficient manner, says GlobalData, a leading data and analytics company.

Ralph Hollister, Travel & Tourism Analyst at GlobalData, comments: “Airbnb may be turning a corner. It is terminating the contracts of 1,900 of its 7,500 staff members, as well as scaling back its spending in growth areas such as luxury homes and traditional hotels. These actions are necessary as the company has no choice but to streamline its business in order to survive.

“Job cuts are often seen as one of the quickest and most efficient ways to minimize fixed costs. Scaling back on growth to focus on core markets is a safe strategy that will allow the company to boost its cash reserves – this is very much needed for a company that is hemorrhaging money at the rate seen by Airbnb.”

In addition to the proactive steps the company is taking to ensure a brighter future, there has been a recent surge in bookings in Europe as restrictions are beginning to be relaxed. The accommodation platform recently stated that domestic bookings in Denmark were at about 90% of April 2019 levels, while in the Netherlands it was approaching 80%.

Hollister adds: “Increased bookings in Europe is a beacon of hope for Airbnb. The company should now be focusing on maximizing domestic bookings. It is likely that a combination of a lack of consumer confidence and increased fear regarding where the virus may still be will push travelers towards domestic trips.” 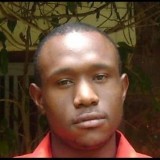